Our country is used to be alone 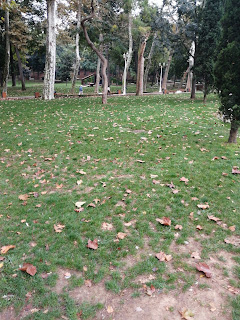 I was silence about Turkey's military operation towards North Syria however I have decided to say something about it. I am not going to disscuss about its correction or who will get bonus because of  its results.

Yesterday there' was a game in France beetwenn Turkey and France and result was draw which is really wonderful result for us for Turkey. Boardcasting Channel in France didn't boardcast our players actions after goal. It is stupid discussion and I really don't understand western countries.

They always blame us we are Barbar but they are sending all their soldiers around world and they never ask why African nations speaking French why Brazilian people speaking Portuquesse why Argentina language is Spanish. They will never ask because They are not fair enough to face their asimillations results.

They are afraid to be named themselves as Barbars.We see your duplicate faces and that is the region you will never force Turkish people. Some Turkish people may really adore you however we have really patriots and they are waiting until lasminute. They may not join fight today they are waiting until last minute because they want to be sure they will really fight for country.


As one of famous Turkish movie director Nuri Bilge Ceylan said our country is lovely and alone and will stay same always.

Tired of writing politics and sports, people are already repeating themselves. I want to talk about nail polish.
Hands with nail polish are usually beautiful, black nail polish, red nail polish, white nail polish that suits well, but sometimes such nail polish lasts that women are not able to understand, they can get into the eye pleasure as they take all the glory of the hand.